"The privilege of a lifetime is being who you are."
- Joseph Campbell 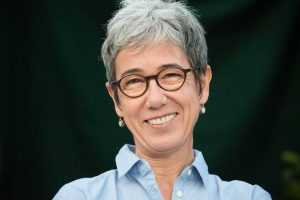 My passion for writing life stories goes back to the start of my career when I was a staff reporter for Die Presse, the leading daily newspaper in Vienna. My first personality profile was of a young Austrian man on track for a steep career in the civil service. He was no celebrity, no hero; he wasn’t famous. He was a nice guy who wanted to serve people. He had a law degree, and he was smart, funny and focused.

With that first profile, I was hooked.

Among the people I portrayed and interviewed during my eight years with Die Presse are a bookseller, a blues pianist, the American novelist John Irving and the Austrian illustrator Lisbeth Zwerger, who won the international Hans Christian Andersen Medal. Later, as a writer based in Los Angeles, I told the stories of fellow Austrian ex-pat and celebrity chef Wolfgang Puck, of an occupational therapist who helps veterans overcome PTSD and of an Armenian man who had to dress as a girl until he was seven because his family believed it would keep him safe. For the law school at USC, I have written about attorneys, judges, mediators and law professors.

As the author of all these stories, I saw it as my mission to listen and to understand. I wanted to know what made the people I was working with tick. And I wanted to pass that knowledge on to readers and thereby help enrich their lives.

Every story turned out differently. Every story was unique — because no life journey is like another, and each story carries its own meaning.

Who will help you tell your story? Contact me!